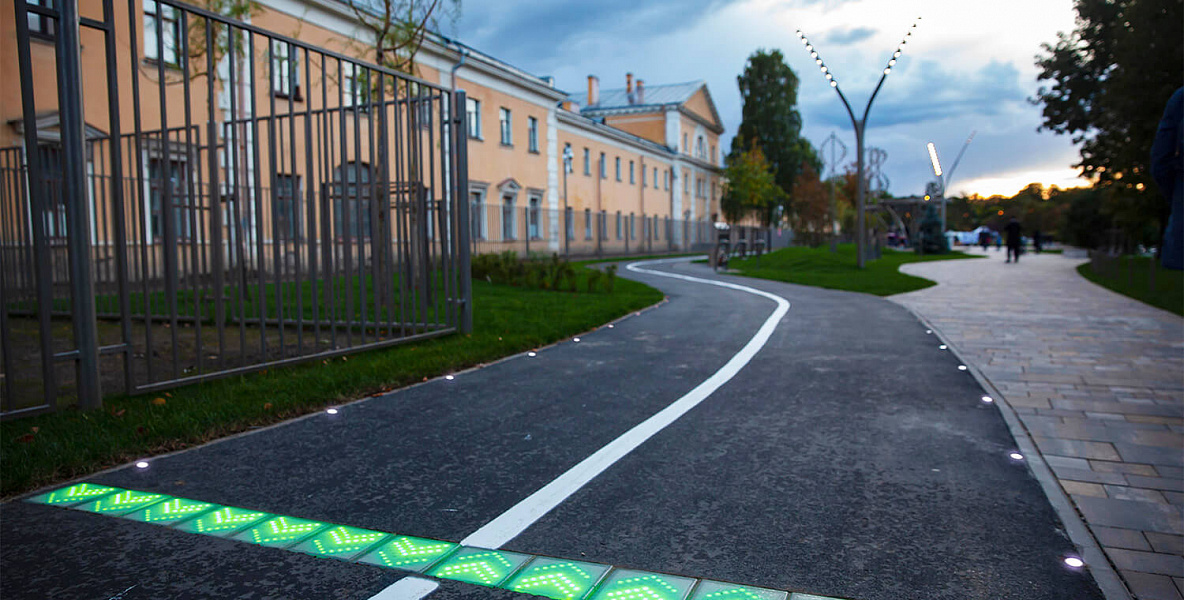 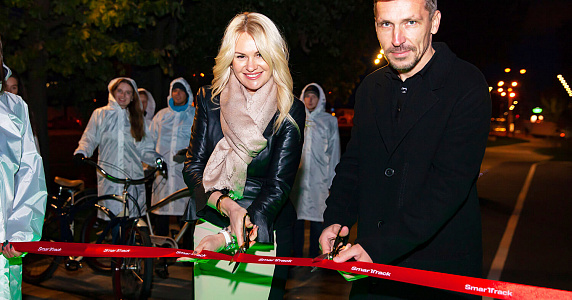 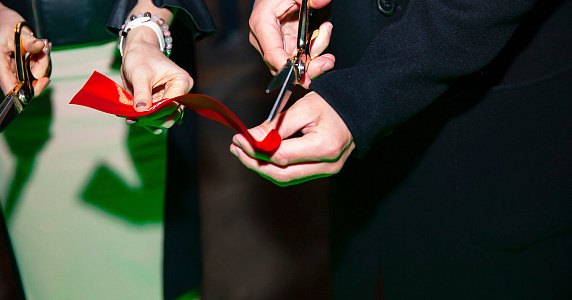 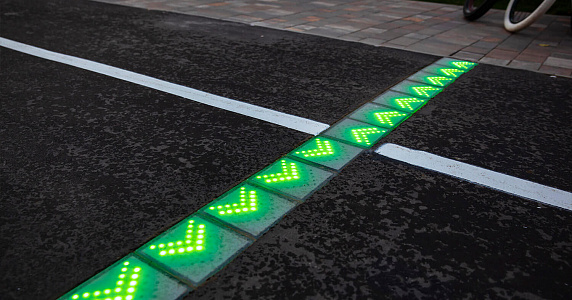 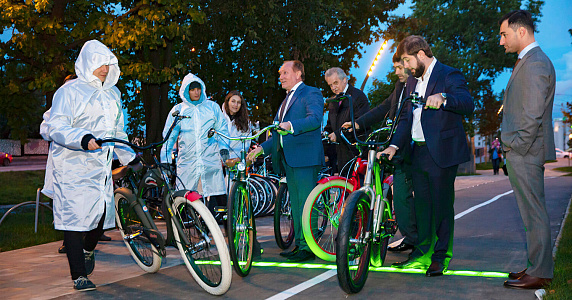 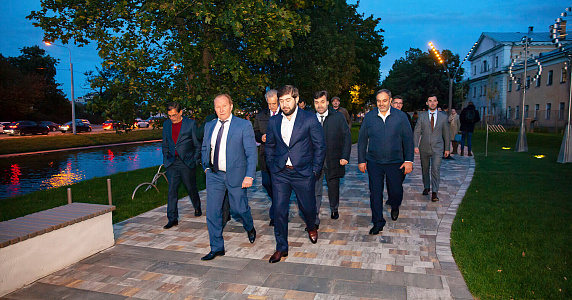 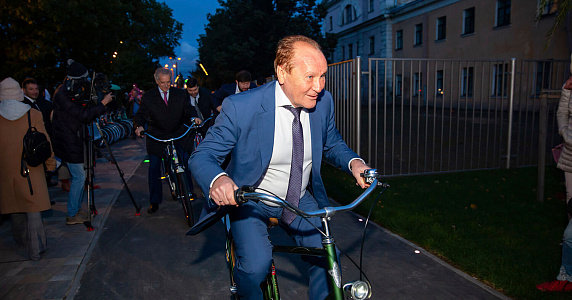 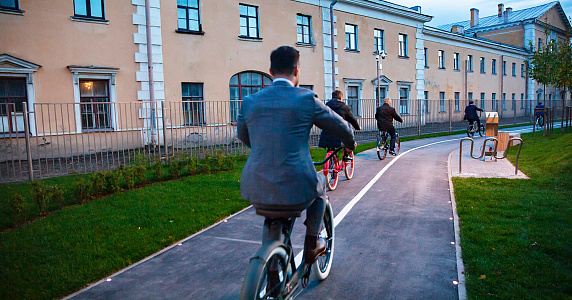 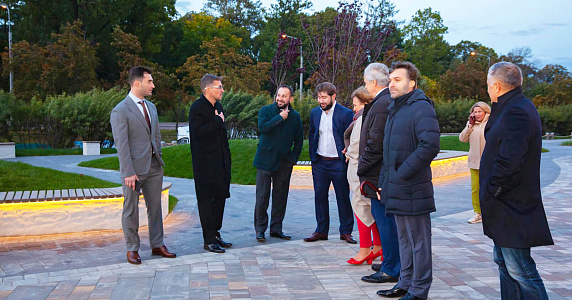 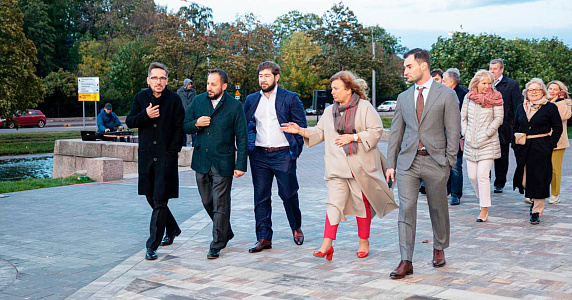 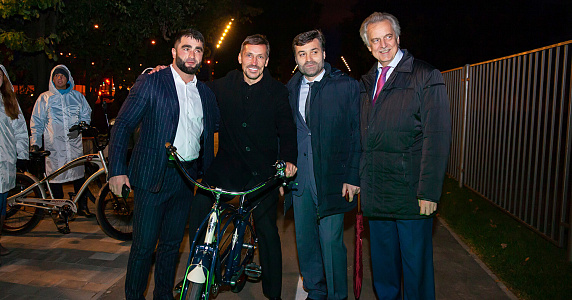 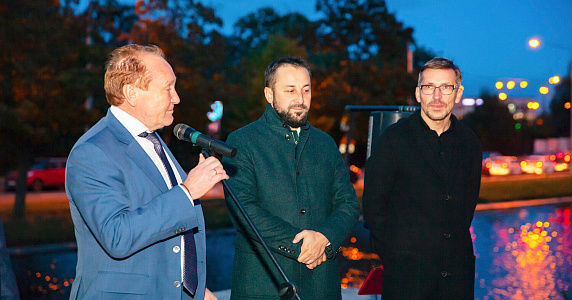 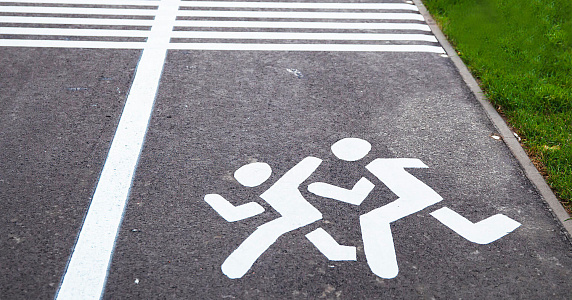 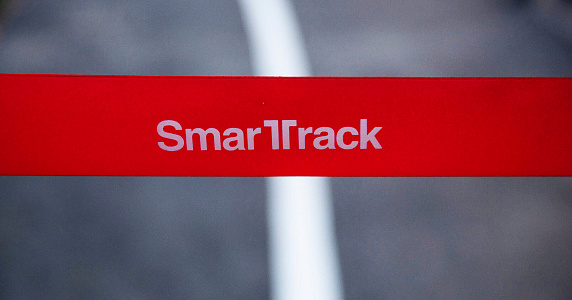 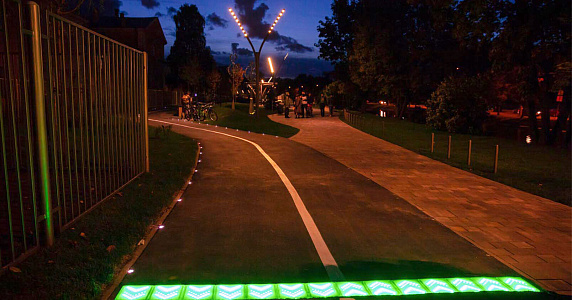 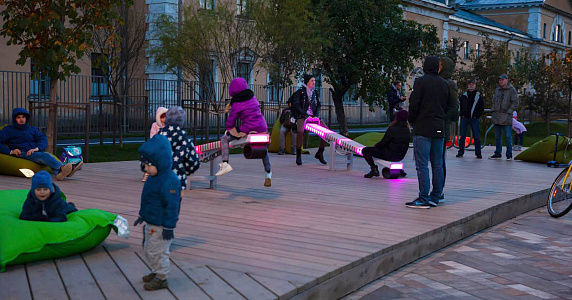 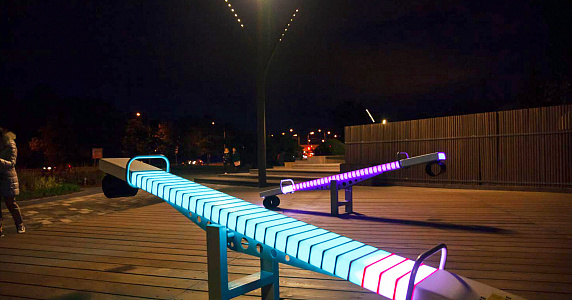 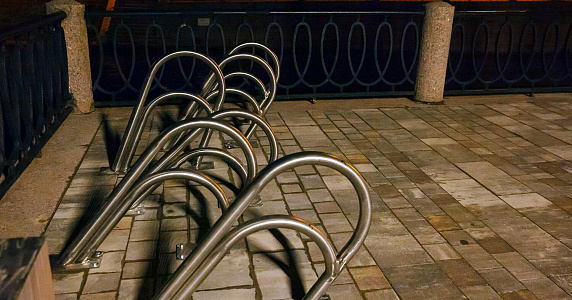 Smart light navigation made of SELIN® material is a patented Russian invention of AIRA. The lighting elements are manufactured in Grozny at the production facilities established by Yuri Berestov, a Saint Petersburg investor and the founder of AIRA research and technology park, in 2018. The facilities were built on the basis of a rehabilitation centre for people with disabilities, namely visually impaired people of groups I and II.

In addition, interactive video playgrounds for kids, smart swings and bollards, controlled illumination marking systems and in-ground traffic lights are being manufactured in Grozny. Thanks to these products, in 2017 Almetyevsk received the title of Startup Capital and Bicycle Capital of Russia.

The official opening ceremony took place on September 20. Yuri Berestov, President of the Association of Smart Cities of Russia, Ruslan Alisultanov, deputy mayor of Grozny and Muslim Baitaziev, Minister of Tourism of the Chechen Republic, presented the bicycle track with smart light navigation system made of SELIN® material to the Saint Petersburg public.