Light scenery for the movie called "The Best Day Ever" 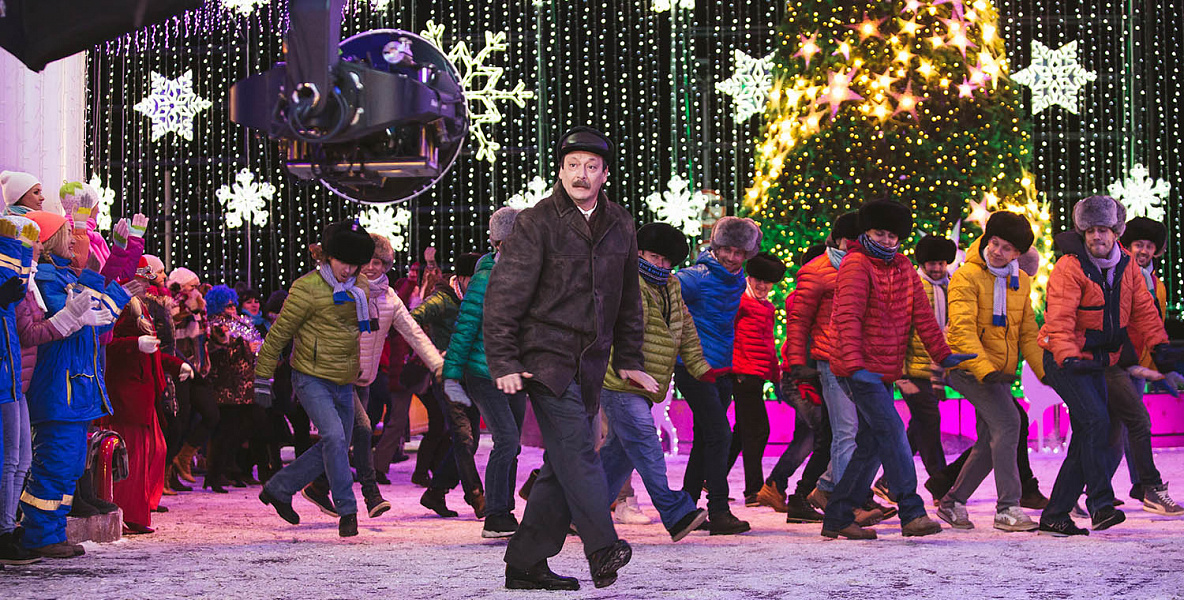 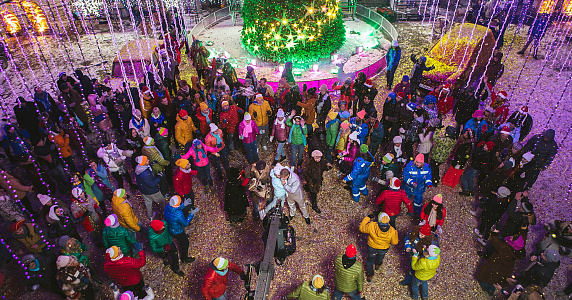 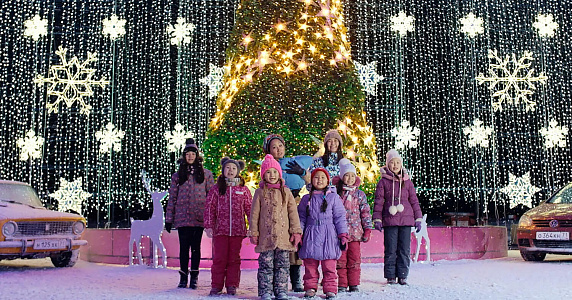 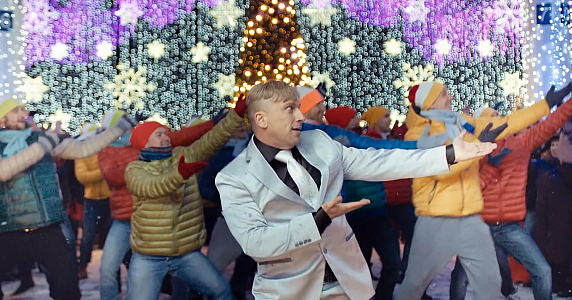 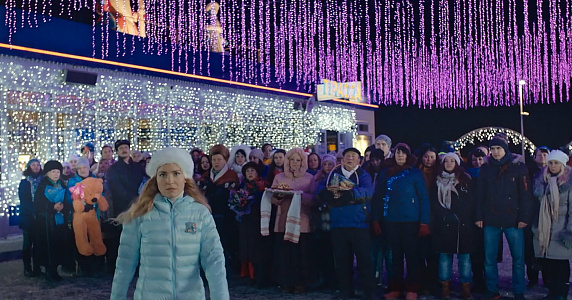 AIRA executed the project of decorating the scenery for "The Best Day Ever" movie at the personal invitation of the producers. The task was to design several key scenes. Any New Year comedy means bright colors and iridescent illumination. The final scene of the film is a tender romantic moment, which smoothly turns into a party with bright emotions. In order to emphasize its mood, AIRA created several curtain lights executed in golden, white and purple color range, which spectacularly decorate the large space of the scenery. The festive atmosphere was created with elegant suspended structures in the form of white snowflakes made of LEDs.

A beautiful EKKA-spruce with additional lighting became the center of the composition. The company's own innovation, EKKA-needles, was successfully used on the set due to the unique properties of the material: compared with natural and banner artificial needles, EKKA-needles do not fall off, while looking and even smelling like spruce and tangerines. In addition, the structure is easy and fast to install; built-in lighting does not require additional decorations, and even when one LED burns out, the overall composition does not suffer, since all the power for each branch is autonomous. In the main scene, all the main characters gathered around the spruce in an incendiary dance, which made this tree a full-fledged member of the film!

The Russian "karaoke-comedy" was made by Zhora Kryzhovnikov, the director of "Kiss them All!" and "Yolki" ("Christmas Trees"). Timur Bekmambetov, a well-known director and producer, also took part in the creation of the picture. The movie starred: Dmitrii Nagiev, Iuliia Aleksandrova, Ol’ga Seriabkina, Inna Churikova, and Mikhail Boiarskii. This bright audacious comedy has become a wonderful New Year gift for Russian viewers. The world premiere of the film took place on December 25, 2015. It is the highest-grossing Russian film of 2015, which raised more than $ 10.5 million at the box office.